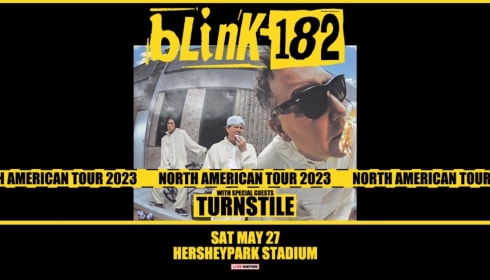 The band will also drop their new single “Edging'' this Friday, October 14, marking the first time in a decade that Mark, Tom and Travis have been in the studio together.

The tour announcement also features multiple festival appearances in Latin America and the U.S., including Lollapalooza alongside co-headliners Billie Eilish, Drake and the 2023 edition of We Were Young with Green Day.