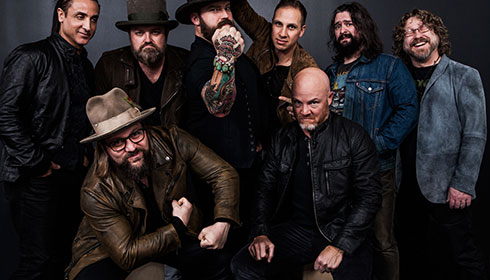 "Down The Rabbit Hole Live' is a reference to the never-ending pursuit of excellence," says Zac Brown. "This summer, we’ll bring the fans along that journey with us."

Hit single “My Old Man” is up for Best Country Duo/Group Performance at the 60th Annual GRAMMY Awards, to be handed out January 28 in New York City. The nomination is the ninth for the group’s members, to go with three GRAMMY wins.

“It Goes On,” a new song from Zac Brown/Sir Rosevelt via Elektra, appears in ’12 Strong,’ the new war drama starring Chris Hemsworth and Michael Shannon. The track will be available digitally January 16. ’12 Strong,’ a story of heroism based on true events that unfolded in the aftermath of 9/11, is in theaters January 19.