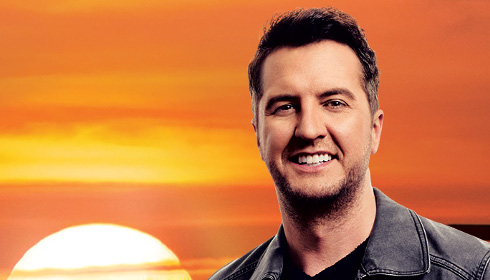 7:00 PM
In each of the last several years, Luke Bryan’s headline tours have performed for more than 1.5 million fans. In 2018, Luke Bryan played the most stadium dates in one year and has played 34 career stadium concerts to date. Luke is a two-time Academy of Country Music and Country Music Association Entertainer of the Year, a five-time host of the ACM Awards, a NSAI Artist/Songwriter of the Year and was named a CMT Artist of the Year six consecutive years. Luke has more certified digital singles than any other country artist with 40 million tracks and 12 million albums with three Billion music streams and he was the most-streamed country artist from 2012 to 2016. Luke has placed 21 singles at #1, 11 of which he co-wrote, and has headlined arena tours and sold-out stadiums across the U.S.