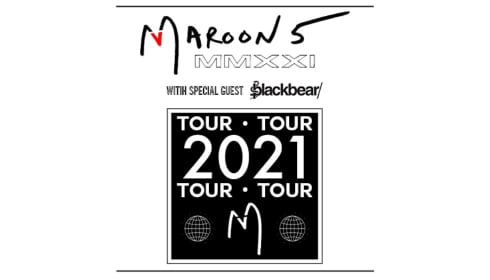 7:00 PM
Returning to the road, three-time GRAMMY-winning multi-platinum band Maroon 5 has officially confirmed the dates for their full-scale North American Headline Tour this summer following its postponement in 2020. Canvasing the country for eight weeks, and produced by Live Nation, the tour kicks off on August 10 in Auburn, WA at White River Amphitheatre.

The tour will be the band’s first in support of its seventh full-length album, JORDI, arriving in stores and on all digital streaming platforms on June 11, 2021.