Buy Tickets to Pentatonix on September 2, 2018 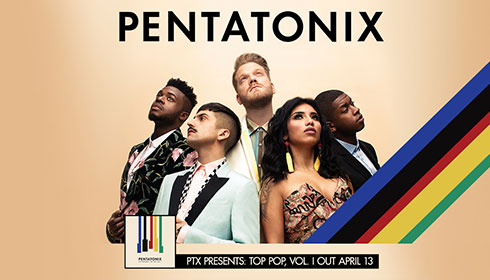 8:00 PM
Three-time Grammy® Award-winning and multi-platinum- selling artist Pentatonix has sold nearly 10 million albums in worldwide consumption and performed for hundreds of thousands of fans at their sold out shows across the globe. Their YouTube channel boasts more than 14.6 million subscribers, yielding over 3.1 billion video views. Their 2015 self-titled album is certified gold after debuting #1 on Billboard’s 200.

Additionally, nine of their albums reached the top 10 on Billboard’s 200 chart (two albums reaching #1) and received multiple RIAA certifications for multi-platinum, platinum and gold selling albums and singles. Most recently, “Mary, Did You Know?” and “Hallelujah” were certified platinum, while the Pentatonix original, “Can’t Sleep Love,” was certified gold.  The group has had two holiday specials on NBC, released their tour documentary - On My Way Home - in 2015 and appeared in the feature film, Pitch Perfect 2.

Buy Tickets to Pentatonix on September 2, 2018