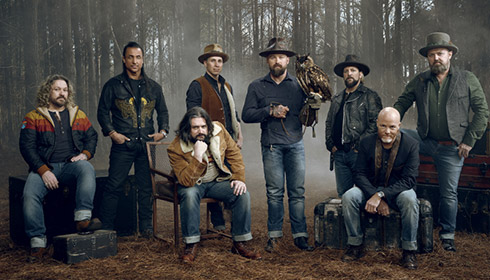 Both “The Owl Tour” and forthcoming album draw inspiration from the mythology and mystery surrounding the Great Horned Owl that can see perfectly in the night, serving as a guide when we need sight in even the darkest of moments.

“The Owl Tour” will mark Zac Brown Band’s third consecutive touring run within the span of one year. The summer 2019 shows will follow the band’s forthcoming spring 2019 “Down The Rabbit Hole Live Tour,” an extension of their highly successful summer 2018 “Down the Rabbit Hole Live Tour” dates, which broke multiple records including the most consecutive sold out shows at the historic Fenway Park. In 2018 alone, Zac Brown Band performed for over half a million fans live.