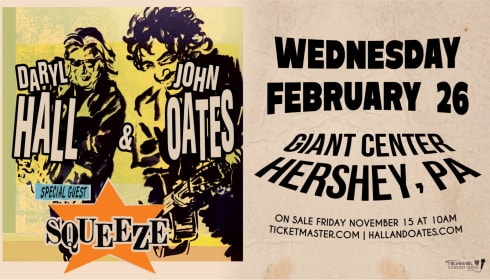 Hall also wrote the Hall & Oates single "Everytime You Go Away," which singer Paul Young scored a number-one hit with a cover of the song in 1985.
That same year, Hall & Oates, participated in the historic “We Are the World” session, as well as closing the Live Aid show in Philadelphia.
By 1987, the R.I.A.A. recognized Hall & Oates as the no. 1 selling duo in music history, a record they still hold today.