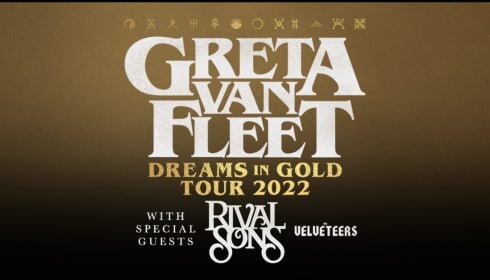 7:00 PM
Following this year’s sold-out headline events and a no. 1 Billboard Rock Album, Greta Van Fleet is confirmed for their forthcoming Dreams in Gold tour, which kicks off March 10 with the band making a triumphant return to their original stomping grounds in Michigan for a string of arena shows followed by Midwest and Mid Atlantic dates, including Hershey, Pa.