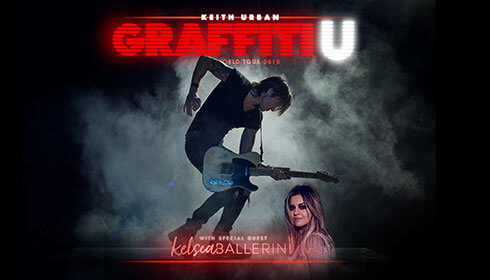 07:30 PM
Four-time Grammy Award winner Keith Urban will bring his “GRAFFITI U WORLD TOUR 2018” to Hershey. The tour will feature special guest Kelsea Ballerini as Urban’s supporting act. Urban’s shows have become concert events that electrify. They’re unexpected, if not unpredictable, and have been hailed by media around the world as a “concert experience not to be missed.” The tour will feature many of Urban’s 23 #1 songs, as well as brand new songs that have never been performed live and an all-new concert production that promises to be as spectacular as never before.