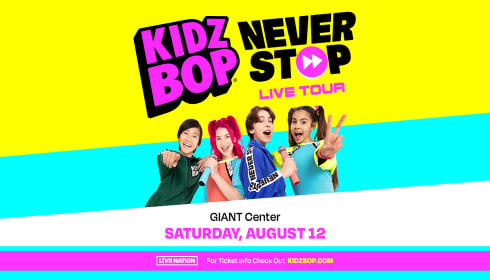 6:00 PM
KIDZ BOP, the no. 1 music brand for kids, announced its brand-new tour, KIDZ BOP Never Stop, in partnership with Live Nation. The ultimate pop concert for kids will travel to 37 cities across the U.S. and Canada this summer, including a stop in Hershey, Pa.

The family-friendly show will feature new songs, choreography, special effects and the return of the Daddy Dance Off, giving dads the chance to show off their best moves on stage.