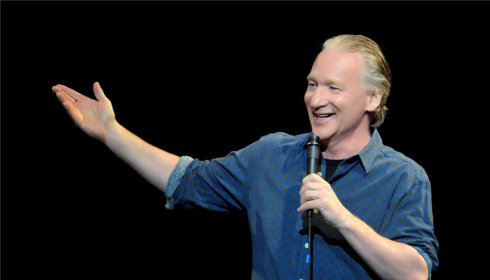 7:30 PM
For more than twenty years, Bill Maher has set the boundaries of where funny, political talk can go on American television. First on “Politically Incorrect” (Comedy Central, ABC, 1993-2002), and for the last fourteen years on HBO’s “Real Time,” Maher’s combination of unflinching honesty and big laughs have garnered him 41 Emmy nominations.