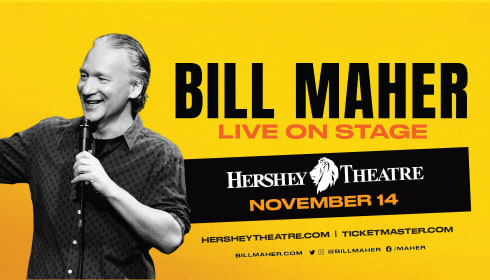 7:00 PM
For more than twenty years, Bill Maher has set the boundaries of where funny, political talk can go on American television. Maher started his career as a stand-up comedian in 1979, and still performs at least fifty dates a year in Las Vegas and in sold out theaters all across the country. Maher’s combination of unflinching honesty and big laughs have garnered him 41 Emmy nominations.