Captain Scott Kelly: The Sky Is Not The Limit

Buy Tickets to Captain Scott Kelly: The Sky Is Not The Limit on November 10, 2018 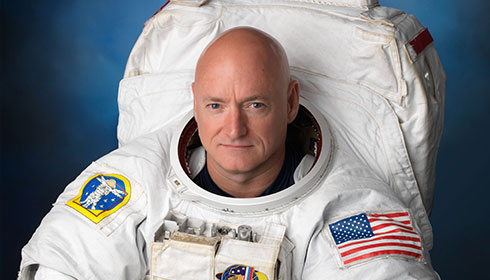 7:00 PM
Captain Scott Kelly’s epic “Year In Space,” now a New York Times best-selling book, solidified his status as one of the greatest pioneers in history. In his acclaimed speech appearances, he now brings audiences to the edge of their seats with transcendent insights that inspire and challenge them to dream big, test the status quo, and “choose to do the hard things.”
One of a select group of Americans who embody a defining moment in the nation’s history, he captivated the world and seized the imagination of millions during his record-breaking voyage—proving that the sky is not the limit when it comes to the potential of the human spirit. On his trip, Scott, together with his identical twin brother Mark on Earth, paved the way for the future of space travel and exploration as the subjects of an unprecedented NASA study on how space affects the human body.
Released in October 2017, Scott’s New York Times best-selling memoir, “Endurance: My Year In Space and Our Journey to Mars,” is now available everywhere and has been optioned as a Hollywood film by Sony Pictures.
With awe-inspiring stories from space and personal reflections on leadership, teamwork and testing limits, Scott inspires others to believe that they can reach any goal, no matter how ambitious or audacious. As he looks back on the expedition that shuttled him into history books, audiences revel in the presence of a true American hero and gather unique takeaways on persistence, resilience and self-determination that transform the way they view their own journey through life.

Buy Tickets to Captain Scott Kelly: The Sky Is Not The Limit on November 10, 2018