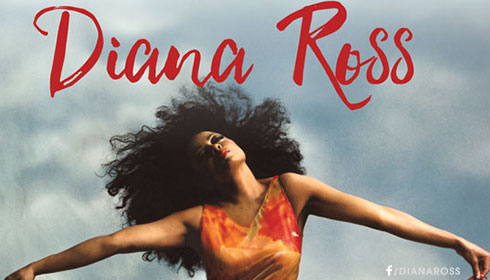 8:00 PM
Legendary singer, artist and actress Diana Ross will be performing at Hershey Theatre on Friday, September 28!  Diana Ross defines icon. A remarkable career spanning over 50 years, Ms Ross is an international treasure. She is considered the most successful recording artist and entertainer of all time!

Diana Ross’ famed and remarkable career spanning almost five decades has resulted in major awards, accolades and music history milestones.   In 2016, President Obama said “she exudes glamour & grace, her influence is inescapable” as he presented her with a Medal of Freedom Award, the most prestigious award given to a U.S. citizen.   Ross’ international achievements were acknowledged by the prestigious Kennedy Center Honors in Washington DC (2007). The honor celebrated her lustrous career of excellence in music, film, television and theatre, as well as her cultural influences, humanitarian work and her contributions to American culture.  The National Academy of Recording Arts & Sciences (Grammys®) celebrated her remarkable career with its highest honor, The Grammy Lifetime Achievement Award in 2012.

Her love of life, never-ending wonder, appreciation of goals and achievements, and sheer human spirit define the artist that is Diana Ross. Ms. Ross continues to be one of the most identifiable, unique, beloved and influential singers of successive pop generations.