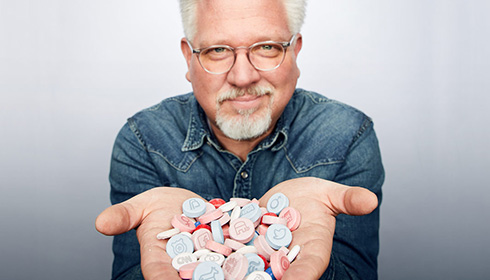 8:00 PM
Glenn Beck announces a multi-city book tour in anticipation of the release of his latest title, Addicted to Outrage, available for purchase nationwide on September 18, 2018.

After learning the hard way about the importance of thinking before speaking, Glenn Beck has a thing or two to ask America. In his new book, the New York Times bestselling author challenges readers to think like recovering addicts to overcome America’s outrage addiction, partisan resentment and division. With a nod to the traditional twelve-step program and drawing from lessons learned as a self-proclaimed former “professional drunk,” Beck encourages readers to grow through self-reflection. He believes Americans are now less accepting and forgiving than in the past, creating a divide that may lead to the destruction of fundamental American ideals. This is Beck’s 22nd book and 18th non-fiction title.

"As the world’s leading expert on what not to do, I urge everyone - don’t be like me!,” said Beck. “We’re at the point where the viciousness on both political sides has become comical and completely unproductive. While the world burns, we are debating if the latest celebrity should be fired for a tweet, while the left asks if they should trust the completely untrustworthy Omarosa. I look forward to joining audiences across the country for a candid conversation about how we can unite to overcome our addiction to anger over many issues that are really just first-world problems, and instead focus on those things that actually matter, most of which are found in our Bill of Rights.”

Beck and executive producer/head writer of The Glenn Beck Program and TheBlaze personality, Stu Burguiere, invite tour audiences to engage in intimate and frank conversations on the hilarity of the level of outrage on both ends of the political spectrum. The pair will also invite guests to dissect the angriest of tweets and Facebook posts, the Bill of Rights’ surprising position on Freedom of the Press and Freedom of Speech and instances of hyper political correctness.