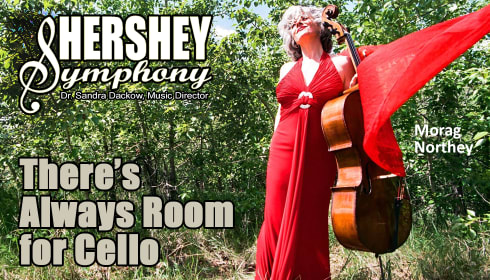 8:00 PM
October’s concert, “There’s Always Room for Cello”, has Canadian cellist Morag Northey joining the orchestra to celebrate the 100th anniversary of Edward Elgar’s Cello Concerto, a cornerstone of solo cello repertoire.  Also on the program, Elgar’s Enigma Variations, which Elgar described as a series of small musical sketches, each describing one of his close friends.

Which means Elgar had 14 friends, probably a record for a composer.