An Evening With Natalie Merchant: Keep Your Courage Tour

Buy Tickets to An Evening With Natalie Merchant: Keep Your Courage Tour on April 22, 2023 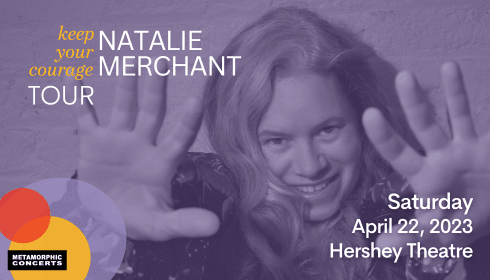 Over her forty-year career, Merchant has attained a place among America’s most respected recording artists. She began her musical career as the lead vocalist and lyricist of the pop music band 10,000 Maniacs, releasing one platinum, two double-platinum and one triple-platinum records with the group. Merchant’s nine albums as a solo artist have a combined sales of seven million copies.

Buy Tickets to An Evening With Natalie Merchant: Keep Your Courage Tour on April 22, 2023