The Drifters, Coasters, and Platters

Buy Tickets to The Drifters, Coasters, and Platters on October 28, 2018 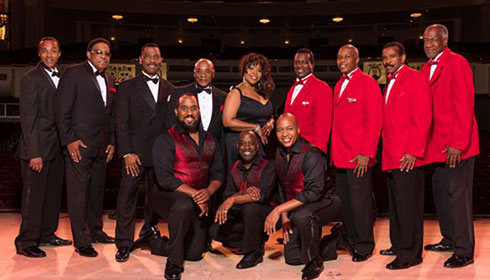 The Drifters, The Platters And The Cornell Gunter Coasters Coming To Hershey

Music legends and Rock and Roll Hall Of Fame members The Drifters, The Platters and The Cornell Gunter Coasters will be performing at the Hershey Theater.

The Drifters recorded a number of "firsts" in their storied career. They were the first musical group to sell over two million records with their pop classic "Up on the Roof". They were the first African American vocal group to be inducted into the Rock and Roll Hall of Fame. Their classic tune "Under the Boardwalk" is the most played R&B record of all time.

The Platters hit single "Only You" launched the group as superstars on the world stage. Soon after, "The Great Pretender" propelled the group to the #1 spot on the charts. Their total record sales exceeded $200 million, making them one of the top 25 selling artists of all time.

Among the many songs The Cornell Gunter's Coasters have produced over time, include all time fan favorites "Charlie Brown," "Yakety Yak," "Poison Ivy," and "Love Potion Number 9."

Buy Tickets to The Drifters, Coasters, and Platters on October 28, 2018