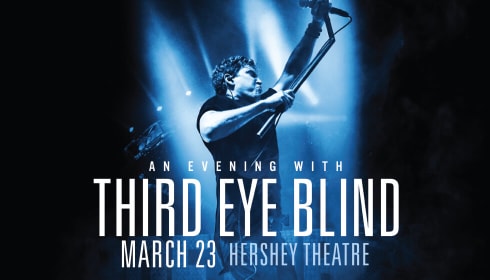 8:00 PM
Third Eye Blind has announced an expanded run of their “25 Years in the Blind Tour” in support of their latest albums, “Our Bande Apart” and “Unplugged.” Since 1997, San Francisco's Third Eye Blind has recorded five best-selling albums, including the most recent album. Led by Stephan Jenkins, the group has earned worldwide success and a fanbase that is larger, younger and more dedicated than ever. The show at Hershey Theatre marks the first visit to the area since playing in the Bamboozle Roadshow at the former Star Pavilion at Hersheypark Stadium on June 25, 2010.