Buy Tickets to Tom Jones: Surrounded By Time on September 13, 2022 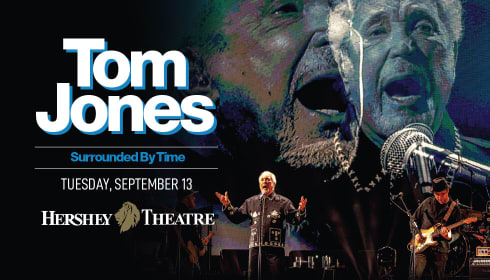 7:30 PM
In September, Sir Tom Jones will make his debut at Hershey Theatre, featuring songs from his album, “Surrounded By Time.” Best known for his songs “It’s Not Unusual” and “Delilah,” Jones has sold over 100 million records, with 36 titles in the Top 40 Hits spanning five decades, a Greatest Hits album and a GRAMMY win. His last performance in Hershey was at Hersheypark Arena over 50 years ago in 1971.

Buy Tickets to Tom Jones: Surrounded By Time on September 13, 2022