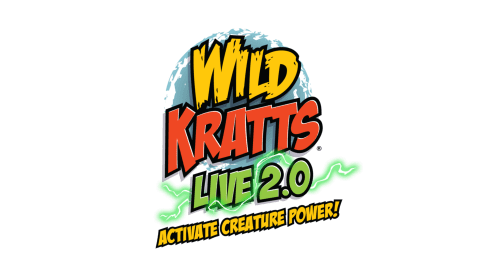 A message from the tour: Due to touring complications, the Wild Kratts Live show at Hershey Theatre on May 20, 2022, has been cancelled.

The Wild Kratts LIVE! stage show that has kids across North America buzzing is coming to Hershey with an all-new show: “Wild Kratts LIVE 2.0 – Activate Creature Power!” Get ready to dive into another classic Wild Kratts adventure with the Kratt brothers as they combine live action and animation, with Martin and Chris live on stage and the rest of the Wild Kratts team on screen at the Tortuga HQ. Which creature powers will they activate and what new and amazing “WOW!” facts will you learn? Experience live the electrifying excitement and inspiring quest of the Kratt Brothers that make the hit television series “Wild Kratts” a family favorite time and time again!

Since 2014, Wild Kratts LIVE! has performed over 225 shows for hundreds of thousands of fans in more than 135 cities across North America. It was created for the stage by the imaginative minds of Martin and Chris Kratt from Zoboomafoo, Kratt’s Creatures, and Kratt Bros.

The PBS KIDS television show, “Wild Kratts,” was created and developed by brothers and zoologists Martin and Chris Kratt and is currently in its sixth season. The series follows the animated versions of the Kratt brothers and their friends on hilarious expeditions with wild animals from around the world, complete with animal-inspired gadgets and awesome Creature Power Suits that enable the adventurers to get close to the creatures. The real-life Chris and Martin introduce each “Wild Kratts” episode with a live-action segment that imagines what it would be like to experience a never-before-seen wildlife occurrence, and asks, “What if…?” to set the story in motion.